​Been running all 40 years……
Lots of people are ‘doing’ the Clearwater Turkey Trot year after year. Running it for 10 or even 20 years is pretty special but the Eberhardt family from Palm Harbor are the champs. John and Gail have been trotting around all 40 of them!.  Congratulations! 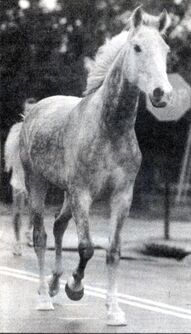 No horsing around,   by Jim Keppeler
Friends, neighbors, family, coworkers, all know me as a running “enthusiast” (some say “nut”) and many ask each year how I did in the Turkey Trot, which is one of the best known and largest runs in the state. I always want to perform my best and give the best possible answer….it motivates me quite strongly. When I turned 40 (and became a “Master”), I trained harder than ever, and that year turned in my best 10K time – 33:20.  That set the event record for a Master, which lasted 12 years and made me feel quite lucky, given all the talented runners before and since. I also won the Masters the following year, but alas, age began to catch up and the times have steadily gone up since then.
​
I can’t help but think of one of my most bizarre experiences in all the races I have done. In 1984 I was in the last mile of the Trot when I heard heavy footsteps coming up strong.  Not wanting to be passed so late in the race, I tried a couple of strong surges to move ahead, but to no avail…they kept coming.  Finally, I couldn’t help but look back. As I did, a horse was passing me and as it did, it bumped me with its butt!  True story that always brings a laugh.

My Turkey Baby, by Jacki Wachtel
The Turkey Trot has been a Thanksgiving tradition in my life for many years.  It started when I was a young girl and I came to watch the race while my parents ran.  I would sit in the stands and be in awe of the finishers.  When I started running, I always enjoyed the Clearwater Turkey Trot on Thanksgiving morning.  I started with the 5k, then eventually added the 10k and mile.  In 2011, I was pregnant with my son, Eli, and ran the 5k.  I decided the 5k was enough for that day as I had earned my top finisher mug.  I went into labor that night and delivered Eli less than 22 hours after finishing the Turkey Trot.  I always call him my turkey baby.

In 2012 I returned to the race and participated in the 5k and 10k.  I didn't realize I was leading the 10k until mid-race.  It was very special to win the year after I had my son and at the prestigious Turkey Trot. The race will always be one of my favorites! 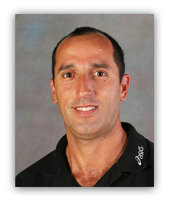 Missed the course record by a few seconds, by Coach Dror Vaknin
Well first I remember running it for the first time in 1987.  We were just done with our cross country season at USF.  We decided to go and run a Thanksgiving race.  Everyone said this was a good race.   We went out there and former Largo HS and Tory State stud named Chris Palmer came out there and just hammered us at mile 3 and we never saw him again.  I remember the top 10 got a gift certificate to the old Piggly Wiggly.

Anyhow I remember the next year I made a decision to come back and try to beat Chris in 1988.  I was in great shape and there were so many good runners around, I turned the table on them like Chris did to me as I took off at mile 3 and hammered in.  I was told the course record was 30:22, as I came across the finish line waving to the large crowds, I was told oh you missed the event record of 30:18.

I came back and won the race two other times and always remember how so many former local runners coming from back for the holiday lined up.  The race is still good and so much more bigger, but the difference now is there are many big communities and all are putting on a holiday event as they know people want to do some sort of exercise before feasting.  So now the event has not only good runners but its more and more a family get together 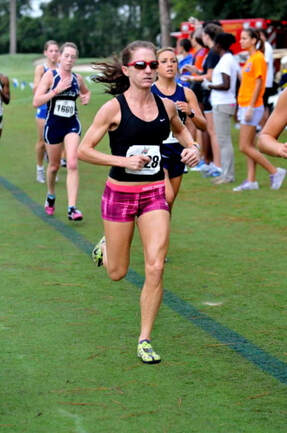 Always enjoyed Clearwater Turkey Trot, by Mary L Menton
I can’t remember my first T.T.   but I know I have always enjoyed the race and the many runners it has attracted through the years.  I can’t believe how much it has grown.

Loved getting up on Thanksgiving Day with my family and friends to race.  It always had a competitive field and everyone wanted to win that first place prize or be the first female or male. Even though they didn’t offer prize money I did want to win.

My first Trot 10k was around 1986 or 1987.  If I remember correctly I placed 2nd overall female. Came back next year and won. I have the course record in 34:10 and have won the Trot 5 or 6 times. My 3 girls have even run the race.  What more fun than starting Thanksgiving Day with a run and later with a good meal.

I still run today and try to run at least 6 days a week with a long run of 90 minutes.  Cross training in between.  I would come back and run the trot if I was in town.
The course is fantastic and the spectators and music along the way make it more fun. I don’t hold onto trophies but I do have clippings from some of the races. In fact I just went through some old clippings  a few months back.   Super nice. 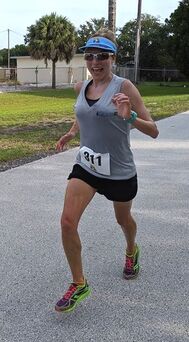 The race made a big impact on me and I have found myself coming back to run Turkey Trot almost every year since then. It is fun having such a big race close to home and getting to see so many people participate each year.

I especially like how the people of Clearwater are so happy to have the runners and will often cheer them on from their front yards or along the course which really makes the running fun.

I have seen a lot of running friends at the Turkey Trot over the years. And though each year is different, something has stayed the same, my family is always there cheering me on.

In my opinion, the Turkey Trot races are a terrific Thanksgiving morning tradition, and I hope to keep Turkey Trotting with my family for many years to come. 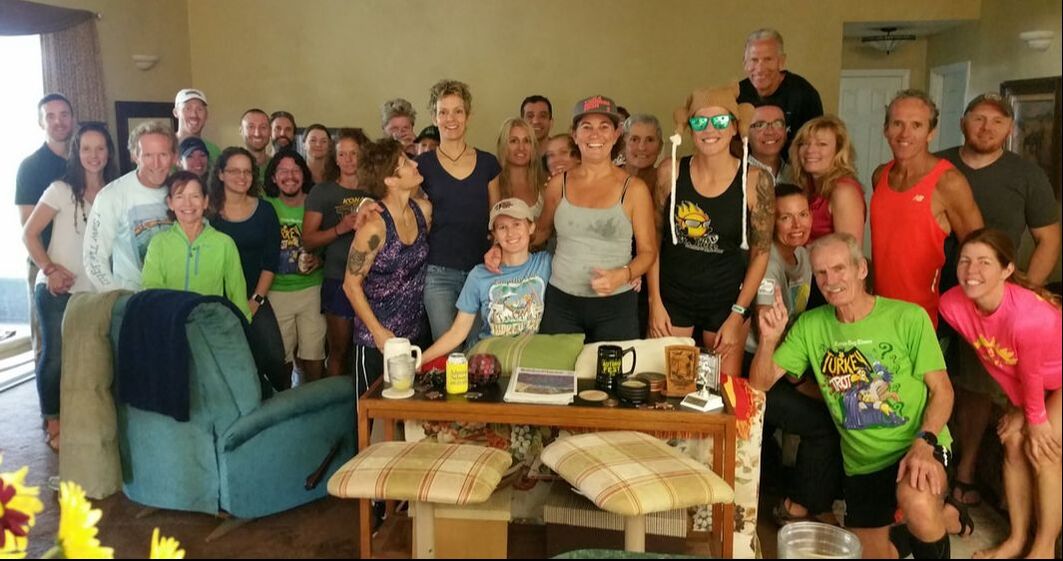 Let’s have a party…   by Sally Smith
I’ll never forget my first Turkey Trot. I think it was about 30 years ago. I wasn’t a runner back then and my neighbor asked me the night before if I would go with her. The plan was to walk the 1 mile. Anyway when we got there I said, “I might just try to run it for fun.” So I did and it was painful but also fun. After many years of running the 5k I graduated to the 10k (the actual Turkey Trot) and later even began doing the whole Challenge each year.

Somewhere along the way I realized that I was seeing friends from Tampa, Clearwater, St. Pete, Dunedin and Oldsmar and beyond coming to this race so I decided to cook breakfast for everybody and that’s how my annual Turkey Trot party was born!

It’s now something a lot of runners look forward to as a highlight every year and I hope to keep running it for a few more decades.